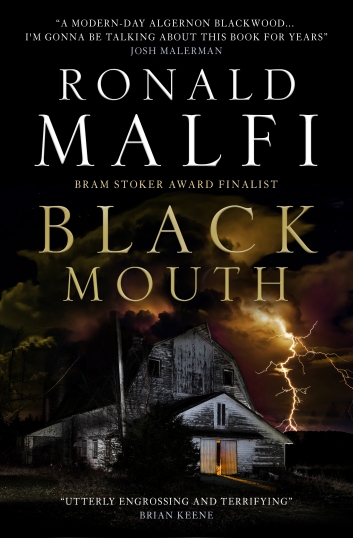 Brief Summary of the Plot from Goodreads: Perfect for fans of Stephen King’s IT, a group of friends return to their hometown to confront a nightmare they first stumbled on as teenagers in this mesmerizing odyssey of terror.

For nearly two decades, Jamie Warren has been running from darkness. He’s haunted by a traumatic childhood and the guilt at having disappeared from his disabled brother’s life. But then a series of unusual events reunites him with his estranged brother and their childhood friends, and none of them can deny the sense of fate that has seemingly drawn them back together.

Nor can they deny the memories of that summer, so long ago – the strange magic taught to them by an even stranger man, and the terrible act that has followed them all into adulthood. In the light of new danger, they must confront their past by facing their futures, and hunting down a man who may very well be a monster.

My Review: I received this audiobook as an ARC from Netgalley in exchange for an honest review.

Okay so this book was touted as a book for lovers of Stephen King’s It. I thought it also had elements of King’s The Outsider as well.

Jamie, his special needs brother Dennis, and friends Mia and Clay grew up in Suttons Quay, West Virginia. A once vibrant town, Suttons Quay is now desolate in the wake of a mine collapse. The location of the collapse has been dubbed Black Mouth by the towns people, and living nearby the site is a black stain of sorts on the kids. For this reason they become very close to one another.

While strolling through the woods they come across a homeless man living amongst the trees (the Magician). He offers to make them his apprentices by teaching them various magic tricks and they are so elated that they overlook how strange and bedraggled he is. For his last and final trick he wants them to murder Dennis, but in the end, the kids refuse. Instead they start a fire in the woods, which unintentionally kills a woman and her newborn. The kids are sent away for the crime.

Moving on a decade later, Jamie was so traumatized by the past events that he has become an alcoholic, abandoning his brother in Black Mouth with their horrible mother.

Clay is a social worker who takes on the case of a woman accused of murdering her friend. She claims that the murderer was a man who resembles the Magician, and Clay begins to wonder whether the Magician is back at it again all these years later.

Mia now a famous horror movie director living in LA, spots who she believes is the Magician. She gets in touch with the rest of the crew, and getting the band back together, they attempt to piece together the mystery of the Magician so that they can get rid of him once and for all.

What I liked about the book: SPOILER ALERT, I do give away some things.

The characters were well developed and interesting. The pacing was good — I never got bored and I did NOT have to increase the listening speed to 1.25x. While having similarities to It and The Outsider, it was a work apart. Yes the kids went back to their hometown to defeat a monster they met in their childhood, but it wasn’t all supernatural — the monster turned out to just be a man and his copy cat. I kind of liked that because while It was all fiction, this story had more real elements to it.

The animal abuse. I know that writers use this to show how truly evil a person is, but really…I don’t need to read that shit. I don’t like. I don’t appreciate it. I think most of the time its superfluous. It gives me fucking nightmares. I HATE graphic animal abuse. If you are like me, do yourself a favor and skip this part.

Other than that, I liked the book and would recommend it.

Brief Summary of the Plot from Goodreads: Meet Grim Reaper #2497. Behind on his work, he must complete his quota of thirty Random Deaths or face termination in the worst way. Faced with an insurmountable task and very little time to complete it, Reaper #2497 struggles to hang on to the one thing he’s not supposed to have – his humanity.

My Review: I received this kindle book as an ARC from Netgalley in exchange for an honest review. Grim Reaper #2497 (a.k.a. Steve) doesn’t like being a reaper very much. He only got the gig because he killed his business partner and then died decades later in Prison — see, if you kill someone, whether accidentally or otherwise, you spend your eternal afterlife reaping the souls of other people, until your bones get so old they literally turn to dust.

Steve fulfills his assignments (terminally ill people or other people slated to die) reluctantly, but he hates having to meet his “random death” quota a.k.a the 30 random people that he has to kill, some of whom, without Steve’s intervention, would have had long lives ahead of them. Since he hasn’t been fulfilling his quota lately, he is called in front of the Big Boss and told that he has to randomly kill 30 people in 3 days, otherwise Steve will be executed. The book is basically about Steve going about this grim tasks.

I really loved “The Office” or “Office Space” feel of this book — but instead of TP Reports, there are Random Death quotas. The reapers stand around the office water cooler “drinking” their Elixir (which they can’t really drink because the reapers are literally just walking skeletons) and talking shop. Some reapers are sadistic, some are over achievers, and some, like Steve, do the bare minimum with a modicum of effort. Sitting above the minions, making sure the work is carried out, is the nasty boss with a bad attitude ready to drop the hammer at any moment.

How Steve orchestrates his random kills is borderline ridiculous, which brings some levity into what otherwise would be a somber set of circumstances. Despite the humor, however, it does get rather tedious after a while and I would have liked to have more substance to the story, which is why I’m only giving the book 4 stars instead of 5. The book is 90% focused on the background story of the people that Steve kills and the description of how they die and 10% focused on bringing Steve’s story forward. The book ended with a cliffhanger, which I presume will pick up in a sequel — though I think that the book was short enough that it could have been continued as a Part 2 to the same book.

If you’re in the mood for something short and light, then this book is for you!