Two years ago I imported my cat from America.  Before I looked into it, I thought that I would have to quarantine her for 3 months.  Luckily this wasn’t the case.  Essentially, what I had to do in short (for the detailed version please see here at the Austrian Embassy’s website.

1. Get the cat microchipped.  A lot of vets have varying opinions on whether to inject a topical pain killer into the area for insertion of the microchip, since the width of the microchip needle is much thicker than normal needles.  The vet I went to in Texas told me that it was not necessary, and just prolonged the stress of the cat, so I went with his expert advice.  From the reaction of poor Katzie (eyes bugging out in surprise, and what I can only imagine was pain), I regret listening to the vet.  I should have gone with my gut and given her the painkiller.  After insertion of the microchip she was very scared (another indication that it hurt her).

In theory, the microchip is supposed to be scanned at the border control upon your first entry into the EU to verify it is the same animal as described in the paperwork, but in my case they didn’t do it.

2. Rabies shot after microchip insertion: The rabies shot had to be given after the microchip was implanted (even if only a few seconds).  I thought it was a dumb rule at the time, but what can you do?  The rabies shot has to be given more than 21 days before entry into the EU, otherwise it is not valid — unless you have proof that the animal has had routine rabies shots at regular intervals.

For me at the time it was Austin, Texas.  The vet’s office messed up the paperwork, and I had to drive 3 hours each way to get it stamped on time. Usually, though you can overnight it there and have it overnighted back to you.

4. Travel with animal in approved carriers — since Katzie was small, she was able to travel with me as a carry on bag.  I flew with United (see here for details), and had to call in advance to reserve her a seat.  There is only a few places available on each flight for animals, so it would be my recommendation to call well ahead of time.  I think that I paid something like $150 for her reservation.  I had to do the same thing with Lufthansa (see here for details).

The carrier that I bought for her was Mr. Peanut’s Airline Approved Soft Sided Pet Carrier and it was awesome!  She still uses it today for car trips. She did not make a sound the entire trip (except in the car ride to the airport).  There were also no bathroom accidents, so I was happy about that.

When we finally arrived in Austria, she was a little out of sorts.  She spent a few days hiding in the litter box. 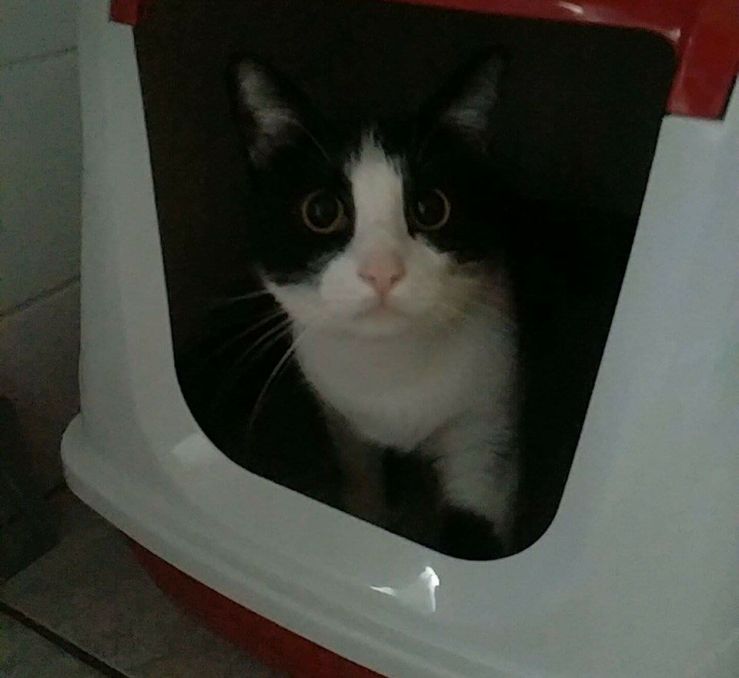 But after a few days she was back to herself and chilling on the couch.  All in all, I am glad that I made the decision to take her (as if there was any choice really).  She is a member of the family and I couldn’t leave her behind.